Pineberry is a leading international digital marketing agency based out of Stockholm, Sweden. Since 2007, they have helped hundreds of customers to increase their visibility in the search engines. An expert team of +60 include specialists with expertise in SEO, PPC, social media advertising and more.

What challenges were you faced with when you started searching for a lead generation tool?

We were struggling to find an effective process for generating leads. More specifically, we wanted to find a productive way of working between our marketing and sales department. Our ambition was to broaden our network within the sales space, generate more meetings which in return would result in more sales. I wanted something that would tick the box for both social selling and email outreach.

What tools had you previously used?

A few different growth hacking tools. None of them had multi-channel outreach and this was a problem for us. A few of them did the social selling part well, others did the email part well, but we wanted something that delivered the whole end-to-end experience.

At the time, I was using Qualifier and Goava, but felt like we were missing a big piece of the market by not reaching out on LinkedIn. Ironically, Oscar Collins (Co-Founder of Zaplify) contacted us through one of his campaigns on LinkedIn. We did not know that it was a Zaplify campaign at the time – this obviously then became a strong proof of concept which resulted in us purchasing the tool.

What made you decide that Zaplify was worth the investment?

I was very impressed that you were able to deliver on both the social selling and email – that is, LinkedIn and email. At first, we were skeptical as to how much our results could really improve. We were pleased to see the amount of replies we were getting and the opportunities that were generated on the back of that. Our sales team is in constant dialogue with prospects, as opposed to spending time prospecting new leads. The deals would come eventually, but the fact that we were saving a lot of time was really the first indication that this would be successful.

How has the implementation of Zaplify helped you solve the challenges you had?

Time has been where we’ve seen the most impact. We’re spending less time on repetitive tasks, but instead, focusing on building relationships with new clients and closing bigger deals. This is really a big USP for Zaplify which I feel sometimes gets lost in everything else that the tool delivers on. In addition to this, we are also able to stress test different industries and explore new opportunities in markets where we otherwise wouldn’t think of. Our addressable market has increased significantly.

Who uses the tool in your team?

5 sales people use it within our team. Through the statistics dashboard they are able to compare and improve campaigns as they progress.

What results have you seen through the use of Zaplify?

We’ve been able to put ourselves in a position where we are getting a lot more opportunities. The amount of dialogues that we have ongoing has significantly increased. We’ve closed a few deals and we’re expecting to close many more as our pipeline is filling up. The Return on Investment is a no brainer.

Are you happy with the relationship you have with Zaplify?

Everything has worked out great. The expertise within the Customer Success team has educated our sales team to not only succeed within the tool, but also provide pointers in best-in-class tactics for sales in general. As with any fairly new company, there are bugs that come and go – but whenever anything has been flagged, the tech team has been able to resolve it at pace. I’ve given our sales team the option to decide whether they want to continue using the product or change for something else, as you know, we decided to extend which says a lot! We’re super happy and we love how the product continues to evolve with new features and updates. 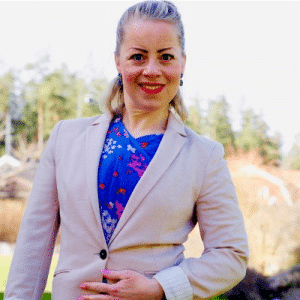 Home
How it works

About us
Blog
Careers